If a financier considers financing a development, a certain and timely exit is essential. To achieve this, the project must be finished, preferably within the agreed budget and period. For this to happen it is, in turn, essential that the contractor working on the project completes its job as agreed. This seems obvious and simple. Nevertheless, a lot of things can happen along the way. Where these lead to a gap in the budget, which the investor cannot or will not bridge, contractors working on Dutch developments have a relatively strong position based on the Dutch law statutory right of retention (builders lien), which typically even ranks prior to the development financier’s mortgage, as well as a general right to suspend working on the development until getting paid. Both could seriously affect the position of the financier and ultimately the end result for the contractor might still be that some of its invoices remain unpaid.

Not making arrangements for such a scenario does not benefit any party and  resulting discussions and disputes will usually also not assist towards achieving the joint aim of completing the project. It has therefore become common practice that contractors, developers, investors and financiers working on larger developments enter into a so-called multi-party agreement (also known as a direct agreement). Over the years we have seen that such agreements have gained a lot in popularity and can now be considered part of the standard documentation package in mid- to large sized leveraged developments.

In this blog, we will briefly discuss the usual issues with and usefulness of multi-party agreements. The below assumes a financier financing an SPV borrower (referred to here as the investor) that has either directly contracted a contractor or did so through a developer (as would typically be the case in turn-key purchase transactions) for completion of a project in the Netherlands (and contracts subject to Dutch law).

Under Dutch law any contractor, including any subcontractor, installer or other person working on or still exercising actual control over its work on site, can exercise a right of retention for its unpaid invoices for work done. Through exercising its right of retention, the contractor can take possession of the development property and continue to do so until it gets paid. In practical terms, a mortgagee will in that case be left with the option to pay the contractor’s unpaid invoices or sell the property as is encumbered with the right of retention. Especially where bills have piled up and disputes around work or additional work performed have arisen, neither of these options will be very attractive to a financier. This is because a right of retention ranks prior to a right of mortgage if the construction agreement was already entered into prior to the execution of the deed of mortgage, which will often be the case. Even where this is not so, a contractor will usually be allowed to assume that the financier agreed to the construction agreement being entered into, which also leads to the right of retention  ranking prior to the financiers mortgage.

Apart from the right of retention, a contractor whose invoices for work properly performed were left unpaid will also be able to suspend its own obligations under the construction agreement and lay down its work  until its invoices are paid. This will delay the development leading to additional costs and possibly non-compliance with terms of permits, sale or lease agreements entered into with respect to the property.

The usefulness and usances with respect to a multi-party agreement

It is fair to say that developments where a contractor's right of retention  is left completely intact are usually not bankable, at least not for a price tag that a developer/investor would be prepared to pay. To come to a clear and mutually workable distribution of the various risks, the financier, investor, developer (if different from the investor) and (main) contractor can, however, make arrangements in a multi-party agreement. Besides some provisions dealing with insurance proceeds in case of damage on the property being developed, which we will leave aside for this blog, the main topics dealt with in a multi-party agreement are:

We will briefly discuss these items and what appears to be the generally prevailing market practice with respect to the arrangements made with respect to each of these items in turn below, noting though that each project is different in nature and risk profile so that one size unfortunately may not fit all.

Waiver/restriction on any rights of retention and suspension

A usual outcome here would be for each (main) contractor’s right of retention to be restricted to invoices that have been approved by the investor and its financier through project monitors acting on behalf of these parties. In addition, a limited period of time would usually be agreed within which the contractor should continue its work after having warned both the investor and the financier that its invoices are overdue and have been left unpaid, whilst parties consult with each other on a solution. This also gives the financier fair warning and some time to consider whether it could from its own risk perspective justify exercising its step-in right. It is not always feasible to get each sub-contractor or installer to sign up to these arrangements. Usually though, an undertaking is imposed on the main contractor to ensure that at least parties performing work of substance will also agree to these arrangements combined with an obligation to indemnify the financier for damage caused to it as a result of the main contractor not honouring this undertaking.

Procedure for the timely submission, monitoring and payment of contractor’s invoices

It goes without saying that no contractor wants to work for free. A multi-party agreement should therefore also include a streamlined procedure for the timely approval of contractor’s invoices and a procedure allowing parties to settle any disputes with respect to invoices within a short timeframe (summary arbitration proceedings or binding advice from an independent third-party professional), serving to limit the contractor’s exposure in terms of amounts left unpaid for proper work done.

On the basis of a completion guarantee, the contractor guarantees to the financier that it will – upon certain triggers, which will in most cases cover at least the insolvency of the investor, developer and specific (material) breaches, under any of the construction or finance documents – complete the construction works in exchange for direct payment by the financier to the contractor of any unpaid invoices. There will not be an obligation on part of the financier to do this, however, if it opts not to do so then, after the limited consultation period noted above has lapsed, the contractor will not be under an obligation to continue working on the development.

The main problem here for the contractor is that it is still left stranded without a possibility to finish its job and get paid for it in the unhoped for event that the financier’s risk analysis entails that it no longer wishes to continue to finance the development or, where, even though the financier does want to continue to finance the development, the sum for the works that still needs to be paid exceeds the maximum amount of the financing still available at that time under the financier's loan. On this point, it is also fair to assume that no financier will commit in advance to paying to finish a development if its borrower, the investor/developer, goes under or to paying more than the maximum amount of its loan.

The only “bankable” way to really mitigate this risk if the contractor and (as is the norm) the financier do not wish to take it, is through some form of investor/developer sponsor or bank guarantee for cost overrun and/or ensuring the equity goes in first. A level of indirect comfort can be offered by a firmly fixed budget and careful monitoring of invoices versus the status of the development. Typically, a good deal of the discussion around multi-party agreements evolves around this topic.

The most complete way for parties to ensure a development can continue if the investor/developer drops out of the picture is through step-in rights allowing the financier or a third party appointed by it to replace the investor or, as the case may be, developer as the counterparty of the contractor under the construction agreement/related development agreement. This will usually be achieved, not by a transfer of contract, but by an agreement between parties that the contractor will enter into a replacement contract with the relevant party upon the same terms as the original construction contract. This is to ensure that any old unknown and unwanted liabilities are left behind with the investor/developer and not passed on to the party stepping in.

In the case of a turn-key development where an issue has arisen with the developer but not with the investor/borrower, the investor (borrower) would usually obtain a right to step-in first, with the lender only allowed to step-in if the borrower does not take timely action or has materially defaulted under the terms of the development loan. Unsurprisingly, another topic of some discussion will then usually be under what circumstances the financier should be allowed to interfere instead of leaving the borrower to handle matters. This is usually resolved through a combination of time periods which should in any case not exceed the grace periods offered under the underlying construction contract and a concept of material default triggers such as payment, financial covenants and insolvency related defaults.

A multi-party agreement enables all parties to properly consider and mitigate their respective risks. As legal advisors on leveraged developments we nevertheless often find that parties tend to postpone their discussions around this theme. This can lead to delays, increased costs and frustrations (and in a worst case renegotiations on development documents already agreed). When it comes to multi-party agreements it is better to acknowledge the elephant in the room and deflate it in timely fashion. 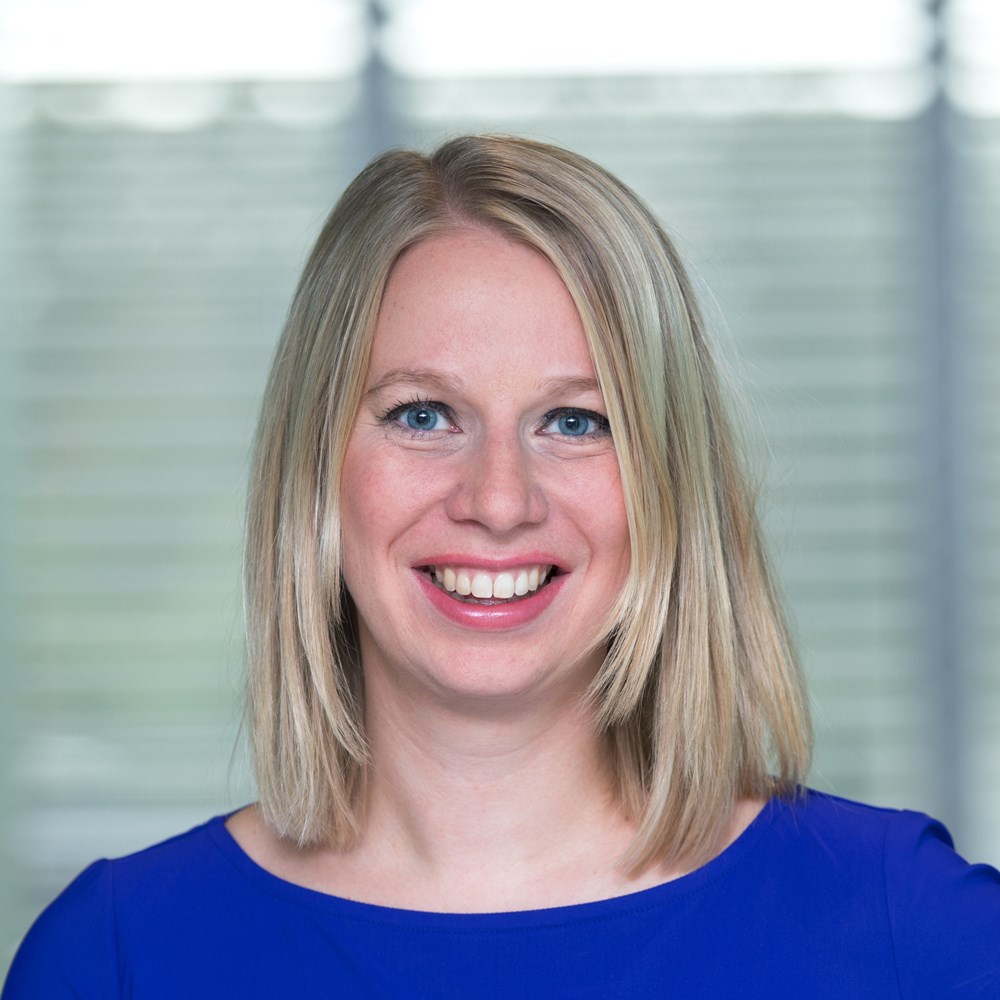